Analyses of how clinical trials accrue patients are needed at the institutional level, according to an article published in Clinical Cancer Research.1

Trials with slow participant accrual are at risk of becoming redundant before completion, wasting resources, and closing prematurely; there is therefore a need to identify and mitigate factors linked to slow accrual. For this analysis, researchers reviewed clinical trials conducted at MD Anderson Cancer Center between 1981 and 2011 to identify these factors and promote initiatives to prevent slow accrual.

Trial characteristics associated with slow accrual included being a member of a national cooperative group, delay from activation to first enrolment, and having a higher maximum target accrual. Phase 1 trials accrued participants more quickly than did phase 2 or 3 trials.

If a clinical trial resulted in a publication, trials classified as “non-slow-accruing” had an almost 5-fold higher publishing rate than slow-accruing trials. The authors claimed that this suggests that the possibility of academic success derived from a particular trial for a principle investigator leads to a higher accrual rate. 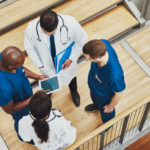