When President Barack Obama announced a Moonshot Initiative to cure cancer throughout the world in the State of the Union Address, the National Comprehensive Cancer Network (NCCN) and other oncology organizations immediately applauded the new initiative and threw their support behind it.1-5 Some said this announcement comes at a tipping point in the war on cancer.

Thanks to new technologies and genomic discoveries, it is a new era for clinical oncologists. Now, it remains to be seen if all of these efforts can have an immediate effect on cancer-related morbidity and mortality.

“I hope that this commitment is not just political rhetoric, since we know that government support has a crucial role in supporting basic science and clinical research as well as fostering collaboration across institutions,” Dana Cardin, MD, MSCI, medical oncologist and a co-director of the Vanderbilt Pancreas Center in Nashville, TN, told Cancer Therapy Advisor.

The new initiative and how it will be established was outlined in a statement from Vice President Biden, who recently lost a son to brain cancer. The NCCN’s Chief Executive Officer Robert Carlson, MD, said in a news release that Vice President Biden’s call to leading cancer centers to break down silos and reach unprecedented levels of cooperation echoed the work and mission of NCCN and its member institutions.2

As an alliance of 26 of the nation’s leading cancer centers, NCCN’s mission is to improve the quality, effectiveness, and efficiency of cancer care.

Despite many important advances, cancer is a difficult disease to treat and is caused by many different mechanisms. NCCN noted that for this reason it will require funding for basic research, translational research, and clinical trials.

The American Society of Clinical Oncology (ASCO) stated in a news release that with nearly 1.7 million people in the United States diagnosed with cancer each year, it is imperative that everything possible is done to bring more effective treatments to the clinic as quickly as possible.3

RELATED: Hepatic Resection Provides Long-term Cure for About 10% of Patients With ICC

ASCO’s Chief Medical Officer Richard Schilsky, MD, said that with the effective application of “big data” initiatives, such as ASCO’s CancerLinQ rapid-learning system, new discoveries may make it to the patient’s bedside in a more timely fashion. Dr Schilsky said oncologists are now playing a new role in lowering cancer death rates by sharing their data in new ways.

“I encourage oncologists to participate in projects like CancerLinQ and cutting-edge trials like TAPUR. Information about each can be found at www.cancerlinq.org and www.tapur.org,” Dr Schilsky told Cancer Therapy Advisor. 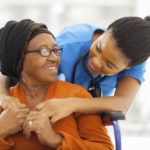