Using protein-bound paclitaxel, or nab-paclitaxel, instead of solvent-based paclitaxel significantly improved the proportion of patients with early breast cancer who achieved a pathologic complete response rate following anthracycline-based chemotherapy, a study published in The Lancet Oncology has found.1

For patients with metastatic breast cancer, nab-paclitaxel has been shown to significantly improve progression-free survival compared with paclitaxel, but there was limited evidence on its effects in early breast cancer.

As a microtubule inhibitor, nab-paclitaxel is indicated for treatment of metastatic breast cancer, after failure of combination chemotherapy for metastatic disease or relapse within 6 months of adjuvant chemotherapy.2

“There is no label and no reimbursement for nab-paclitaxel for treating patients in the early breast cancer setting,” study investigator Sibylle Loibl, MD, PhD, of the German Breast Group in Neu-Isenburg, Germany, told Cancer Therapy Advisor.

Participants were randomly assigned 1:1 to receive nab-paclitaxel 150 mg/m2 (125 mg/m2 after a study amendment due to increased treatment discontinuation and sensory neuropathy) intravenously on days 1, 8, and 15 every 3 weeks for 4 cycles; or paclitaxel 80 mg/mg2 intravenously in the same fashion.

Taxane treatment was followed by epirubicin 90 mg/m2 plus cyclophosphamide 600 mg/m2 intravenously on day 1 every 3 weeks for 5 cycles in both treatment arms. 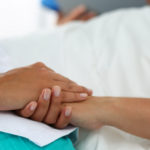