In a study of more than 1.1 million cancer patients who had surgery, Harvard researchers found that almost 5 percent died within one month of their operation. These findings are scheduled to be presented at the American Society of Clinical Oncology’s 2014 Quality Care Symposium, held from Oct. 17 to 18 in Boston.

Patients in the study had some of the most common and deadly cancers, including lung, breast, colorectal, prostate, thyroid, esophageal, pancreatic, endometrial, ovarian, head and neck, liver, bladder and kidney cancer, melanoma, and non-Hodgkin’s lymphoma.

This study is also the first to show that these disparities aren’t limited to older patients. Nearly 40 percent of the patients in the study were younger than 65 and not eligible for Medicare, the researchers reported.

“Although there is little consensus as to why disparities in surgical outcomes exist, most of the existing literature cites one particularly alarming finding: minority, poor, uninsured patients disproportionately receive care at lower quality, underperforming hospitals,” lead author Brandon Mahal, a research fellow at the Dana-Farber Cancer Institute in Boston, told HealthDay. 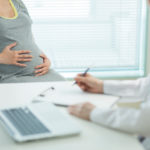