Excellent survival outcomes and high response rates were associated with a regimen of neoadjuvant chemotherapy with or without second-look surgery before cranial irradiation in children with newly diagnosed nongerminomatous germ cell tumors.

The regimen should be included as a backbone for further studies, according to results from a phase 2 trial released online ahead of print in the Journal of Clinical Oncology.

In this trial, patients were treated with induction chemotherapy, which consisted of six cycles of carboplatin/etoposide alternating with ifosfamide/etoposide. Those who demonstrated less than complete response were encouraged to undergo second-look surgery.

Those who did not demonstrate complete or partial response with or without second-look surgery were administered high-dose chemotherapy, which consisted of thiotepa and etoposide and autologous peripheral blood stem-cell rescue before craniospinal irradiation.

At a median follow-up of 5.1 years, 16 patients recurred or progressed, and seven died after relapse. None of the deaths were related to treatment.

Progression was detected by marker increase in two patients. Increased serum alpha-fetoprotein was a negative prognostic value, whereas histologic subtype and increased beta-human chorionic gonadotropin were not signifinantly linked with negative outcomes. 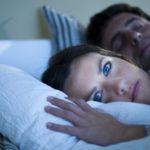