A review of the National Institutes of Health (NIH) REPORTER (Research Portfolio Online Reporting Tools Expenditures and Results) found that practicing surgeons received a substantial number of funding awards, with surgical oncologists topping the list of subspecialists, according to findings from a study published in the Annals of Surgical Oncology.1

The primary funding source for biomedical research in the United States is the NIH, which is estimated to fund approximately 30% of all research projects in the country.

“Surgical oncology is known to be an academic subspecialty with high scholarly productivity and increased participation in NIH grant awards,” the study authors wrote. The purpose of this study was to evaluate the pattern of funding for surgeons, particularly surgical oncologists.

The study queried the NIH REPORT database for new grants awarded between 2008 and 2018 in the United States. The included grant types were R01, R03, and R21. An independent query evaluation of clinical trials and patents associated with the identified awards was performed.

Non-physician PhD holders represented 42.7% of primary investigators, followed by individuals with only an MD (38.0%) and those with both an MD and PhD (19.3%).

Practicing surgeons were awarded 46.3% of the grants; 31% of these grants were given to general surgeons. Surgical oncologists represented the group that received the most awards after general surgeons at 20.8%, followed by cardiothoracic surgeons (8.4%) and vascular surgeons (6.3%). 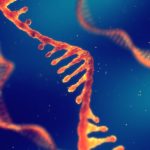