Robert W. Carlson, MD, CEO of NCCN, said that finding the right experts for these panels is not easy due to the numerous criteria that they have to meet. Among the requirements, he said, are having specialized expertise, being able to work with other people, and being collegial and respectful. “These people are not a dime a dozen,” he said.

But Dr Mitchell remained unconvinced. “Dr Carlson names many important qualities to being a productive member of a guideline panel. I see no reason why the other faculty members at the same NCCN institutions who we identified, who accepted far less industry money (or none at all), would not also possess these positive attributes,” he wrote in an email.

Brian Piper, PhD, assistant professor of neuroscience at Geisinger Commonwealth School of Medicine in Scranton, Pennsylvania, who was not involved in the study, said that the findings on the conflicts of interest among prospective panelists were unsettling. As previous research has shown, “conflicts of interest have an influence on what the various authors write,” he said. “That doesn’t mean every author who writes a clinical practice guideline, who’s getting money from industry, is necessarily bad or we can’t trust what they say, but in totality, we know from lot of data that it does have an impact, and this is very concerning,” he said.

Dr Carlson, on the other hand, expressed concerns about the accuracy of Open Payments as a data source, pointing out potential issues such as duplicate reporting of the same payments and miscategorization of payments. He said that when his organization uses Open Payments to identify panelists who appear to have exceeded financial thresholds mandated by NCCN, the database is wrong half the time.

Dr Mitchell said that while the database may include some errors, he doubts that they are as common as Dr Carlson suggests. “The data do undergo a thorough validation process before publication each year,” Dr Mitchell said in an email. Moreover, “these types of random mistakes would be equally likely to happen to our control group physicians as the NCCN panelists in our study sample,” he wrote. “So, they could not explain the large differences in payments that we saw between these 2 groups.”

Although Dr Carlson was critical of the researchers’ use of Open Payments in their study, he did say that his own organization uses the database as well. In fact, NCCN states on its website: “Conflicting interests may be self-disclosed by the member or be disclosed by other means, such as by Open Payments or other reliable resources.” 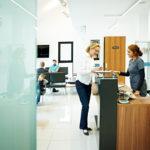