Noninferiority trials, or clinical studies meant to show that a new treatment approach is as good as (or superior to) an existing therapeutic comparator, are important in the world of oncology, and can help oncologists make treatment decisions for patients.

Although these types of trials can be controlled and randomized, they are not always appropriate for the evaluation of the safety and efficacy of an investigational drug. While the ethical concerns are fairly clear surrounding the use of a placebo arm in cancer1 (in the context of overall survival [OS]), testing a drug in a noninferiority trial is a bit more nebulous in that researchers are likely to suspect that whatever is under investigation is at least as good as the control medication. With that said, “a trial testing noninferiority in a surrogate measure is ethically challenging if it is impossible to estimate the magnitude of potential compromise in efficacy and communicate that clearly to patients participating in such trials as part of the informed consent process,” wrote Bishal Gyawali, MD, PhD, of Brigham and Women’s Hospital in Boston, Massachusetts, and colleagues in a paper published in JAMA Network Open.2

Because OS is considered the most important study parameter in cancer, Dr Gyawali’s team conducted a systematic review and pooled analysis of the noninferiority trials published in PubMed to assess the prevalence of this type of trial. The research was conducted in March 2018 and the selection of a noninferior trial design was considered “justified” if the investigational drug was found to be cheaper, easier to administer than the comparator, or promoted better patient compliance as a result of simplified administration. Researchers restricted the search to drug trials that had at least 21,437 patients and had OS as a primary or coprimary end point.

In all, 23 trials fit these criteria. Of these studies, 8 trials logged an improvement in quality of life (QoL) measures, 8 found no QoL improvement, and QoL results were not reported or measured in 7 trials. Only 14 of these noninferiority trials (61%) were considered justified. Nine trials (39%) were deemed not justified, and of these 9 trials, 8 (89%) were funded by industry sponsors, which led the team to conclude that lack of justification for selecting this type of trial was associated with the funding source. OS, in contrast, was not found to be associated with industry funding. 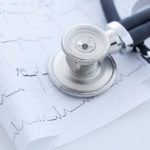