If you’re a cancer patient, you are no stranger to pain or, most likely, to opioids.

One therapy, cannabis, has long been discussed as a legitimate therapeutic alternative — but has been caught up in the debate over its nonmedical “recreational” uses, along with its cousin, cannabidiol (CBD). Regardless of where you may stand on these issues, we are moving forward. The times they are a-changing.

But the reality is more complicated than the soundbites, and the reality is that the situation is very complicated. Nowhere is this more obvious or urgent than when it comes to the role and responsibilities of the Food and Drug Administration and its regulation of CBD.

In December of last year, the Agriculture Improvement Act of 2018 (“the Farm Bill”) was signed into law. Among other things, this new law changed certain federal authorities relating to the production and marketing of hemp. These changes include removing hemp from the Controlled Substances Act, which means that it will no longer be an illegal substance under federal law. But just as important for the FDA is what the law didn’t change: Congress explicitly preserved the agency’s current authority to regulate products containing cannabis or cannabis-derived compounds – such as CBD.

Specifically, it remains unlawful under FDA regulations to market CBD products as (or in) dietary supplements, regardless of whether the substances are hemp-derived. Per the FDA, this is because CBD is an active ingredient in an FDA-approved drug (Epidiolex), and is the subject of substantial clinical investigations. Under the Food, Drug, and Cosmetics Act, it’s illegal to introduce drug ingredients like these into dietary supplements. So, Farm Bill or no Farm Bill, the FDA has made it clear that cannabidiol is not a legal dietary supplement.

Per the FDA, “We’ll take enforcement action needed to protect public health against companies illegally selling cannabis and cannabis-derived products that can put consumers at risk and are being marketed in violation of the FDA’s authorities.”1 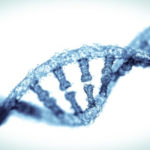 Q&A With Mark B. Gerstein, PhD, on Diagnostic Genomic vs Exomic Sequencing