Between 1980 and 2014, overall cancer mortality declined in the United States, though there were clusters of counties with high mortality, according to a study published in JAMA.1

To estimate age-standardized mortality rates by US county from 29 cancers, researchers analyzed data from de-identified deaths records from 1980 to 2014.

The authors offered several explanations for the high rates of cancer-related mortality in particular regions and counties, including a combination of risk factor profiles and poor prevention/screening programs. 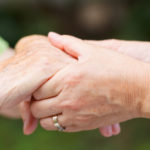