The Research to Accelerate Cures and Equity (RACE) for Children Act has the potential to substantially increase the number of required pediatric studies for novel anticancer drugs, according to an analysis of previously approved agents and RACE criteria.

The RACE for Children Act was enacted in 2017 and will go into effect in 2020, with the goal of stimulating the development of novel targeted therapies for children with cancer. The RACE for Children Act will amend the Pediatric Research Equity Act (known to most as PREA) to require that sponsors must conduct pediatric studies for novel agents intended for the treatment of adult cancers, if the agent’s target is relevant to the growth or progression of pediatric cancers. In addition, it will extend the pediatric study requirement to drugs that receive the orphan drug designation.

“Few targeted therapies have been approved for children in the US under the current regulatory framework,” the authors wrote. However, “the RACE Act has the potential to substantially increase the study of cancer therapies in children.”

The study evaluated novel adult cancer agents approved by the US Food and Drug Administration (FDA) between 2007 and 2017, with a data lock of September 30, 2018. FDA approval letters and dossiers were evaluated for PREA requirements and waivers or exemptions. Drug labels were reviewed for any pediatric labeling. Ongoing pediatric trials were assessed using ClinicalTrials.gov. The authors reviewed the FDA’s Pediatric Molecular Target List published in August 2018 for potential molecular targets in pediatric cancers.

At initial FDA approval, 5.1% of the novel drugs included any pediatric information in their labeling. After a median follow-up of 5.1 years, this increased to 21.8% ,and 10.3% received a pediatric indication.

Most of the novel drugs developed for adults also had known targets in pediatric cancers. Of the adult cancer drugs approved previously, 61 (78.2%) had targets on the Pediatric Molecular Target List. Therefore, the Act could increase the number of novel drugs required to be studied in pediatric cancer from 0% to 78.2%.

However, the authors acknowledged that “a substantial proportion of pediatric cancers have genomic alterations not shared with common adult cancers.” As a result, the Act “may not fully address the need for molecularly targeted therapies in pediatric malignancies.”

Nonetheless, the results from this study suggest that the RACE for Children Act could increase the number of studies for pediatric cancer. The authors noted, however, that “its impact will depend in part on how well regulators select agents for required pediatric trials.”

The authors also recognized that the impact of the RACE for Children Act will also depend “on the timely completion of such trials and translation of trial results into more effective treatments for children with cancer.”

Disclosure: Some of the study authors disclosed financial relationships with pharmaceutical or medical device companies. For a full list of disclosures, please refer to the original study. 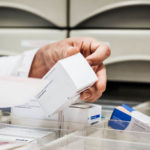 Not Developing Any New Drugs Could Be EQRx’s Biggest Innovation