The incidence of cancer in incarcerated populations is higher compared with the general population.1,2 Mortality rates from such cancers are reported to be 1.6 times higher among incarcerated men and 1.4 times higher among incarcerated women than in the general population.2,3 Nursing is unique in regard to the care of prison inmates. Nurses work in the prisons themselves attending to inmates’ medical emergencies; and in addition, many nurses who work outside the prisons in specialties such as oncology may have patients who are incarcerated while under their care. In both circumstances, these nurses are faced with the unique challenges inherent with balancing the dichotomy of patient and prisoner.

The prison population in the United States is one of the largest prison populations in the world, currently 750 adults per 100,000 incarcerated.4 It is also the only population in the United States that has a legally guaranteed right to health care. In 1976, the Supreme Court ruled in Estelle v. Gamble that the federal government is responsible for providing prison inmates with adequate medical care.4 The ruling invokes the Eighth Amendment of the US Constitution, under which failure to attend to the medical needs of inmates would be cruel and unusual punishment.4,5 “While the law guarantees provision of care for prisoners, it frequently falls short of an acceptable standard of care,” writes legal scholar and correctional healthcare advocate Gregory Dober.6 Principles of standard care are undefined and vague, and often rely on the findings of court cases in which the line for inadequate care has already been crossed.6,7

In most prison systems, inmates notify a guard when they are sick and their name is placed on a list to get an appointment with an in-house doctor. Alternatively, inmates may see a 24-hour on-call nurse for emergencies.8 Prisons employ a number of certified registered nurses and physician assistants (PAs). Of registered nurses, many possess only a 2-year associate degree, as the salary provided by prisons is not sufficient to attract nurses with bachelor’s, master’s, or doctoral degrees. On the whole, the majority of on-call nurses are licensed practical nurses (LPNs) with approximately 1 year of training.9,10

In some cases, on-call nurses are custodial officers who have undergone short training courses in prison health but are not registered with any nursing councils or boards.11 Indeed, the training provided to prison nurses has been reported as “dangerously inadequate” as many custodial officers seem to fall into the role over time without much additional training.12,13 Understandably, nurses in such positions have reported a feeling of confusion regarding the boundaries of their role between correctional officer and caregiver.

Due to improper training and poor role delineation, the signs and symptoms of possible cancer in prison patients are often not adequately evaluated. Many symptoms, particularly pain, are so common they are ignored or not taken seriously.11 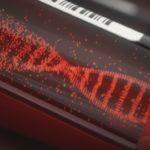