A comprehensive study logging a little over 2 decades of cancer mortality and morbidity data from the National Center for Health Statistics revealed that from 1991 to 2015, there was a 26% decline in cancer mortality. Taken together, the death rate for the 4 deadliest cancers, including lung, colorectal, breast, and prostate cancers, declined 36% during this period. These 4 cancers account for nearly half of all cancer deaths.1

The study — which was backed by the American Cancer Society and published in CA: A Cancer Journal for Clinicians — sought to measure how well interventions over the past 24 years have helped control deaths linked to cancer. It looked at data gathered from cancer registries funded by the US Centers for Disease Control and Prevention and the Surveillance, Epidemiology, and End Results (SEER) program of the National Cancer Institute, as well as reports from the North American Association of Central Cancer Registries (NAACCR), which compile information from the SEER program and from the Centers for Disease Control and Prevention’s National Program of Cancer Registries. In sum, the data include up to 95% of the US population, according to the authors.

During the 20th century, the rate of lung cancer in men rose, as did the rate for women in the 1970s, specifically — and both of these increases were directly attributed to smoking. “Although the decline in smoking is the biggest driver in the 26% decline in cancer death rates, tobacco use is still the leading cause of cancer in the United States, accounting for an estimated 19% of all cancers diagnosed and 29% of all cancer deaths in 2014,” the authors wrote.1

Advances in hygiene and refrigeration were named as main reasons for a dramatic decline in deaths from gastric cancer, while the progress against cervical cancer deaths was linked to widespread use of the Pap test. Vaccination against the human papillomavirus (HPV) also helped lower mortalities in cervical cancer, but the authors emphasized that this reduction in cervical cancer mortality could be even better with improved uptake of HPV vaccines.

In 2016, coverage of teens receiving a minimum of 1-dose of HPV vaccination among teens was 60.4%, with “up to date” vaccinations — defined as at least 3 doses or 2 doses before age 15 years, with the time between the first and second dose being at least 5 months minus 4 days — occurring in 43.4% of adolescents that year.2

The death rates in 2 other categories of cancer — both of which are associated with viral infections — also rose during the study period. These include increased rates of liver and intrahepatic bile duct cancer (attributed to a higher incidence of hepatitis C infection during the 1960s to 1980s) and non-Hodgkin lymphoma (attributed partially to an increased incidence of the human immunodeficiency virus).

Curiously, rates of pancreatic cancer have remained relatively unchanged during the past 40 years.

Cancers in children and adolescents were reduced by 65% from 1970 to 2015, which the authors said was the result of high enrollment of children into clinical trials.

The investigators directly linked the overall decline in cancer-associated deaths to increased screening of precancerous lesions, improved surgical and radiation procedures, the development of targeted therapies for hematopoietic and lymphoid cancers, and a reduction in smoking for lung and other tobacco-related cancers.

She also pointed out that improvements in drug therapies have had a major contribution to declines in mortality for several cancers. “Specific examples are the 39% drop in breast cancer mortality since 1989, half of which is attributed to improvements in treatment such as adjuvant chemotherapy and hormonal therapy introduced in the 1980s and targeted therapies introduced in the 1990s,” Siegel said.

“Treatment for leukemias and lymphomas has also improved dramatically. For example, the 5-year survival for chronic myeloid leukemia [CML] increased from 22% in the mid-1970s to 68% today due to improved therapies such as tyrosine kinase inhibitors. Today, most patients diagnosed with CML will experience normal life expectancy.”

Finally, the investigators identified pockets across the United States in which cancer death rates showed the slowest declines, and identified racial and socioeconomic differences that influence patterns of cancer care and, subsequently, patient mortality. 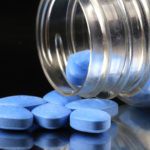 Sildenafil and Cancer: The Potential Positives