The cells grow in number until they obstruct the vessels, causing the heart to struggle pushing blood through the lungs to the point where the heart fails and the patient dies. Evangelos Michelakis, a professor in the Department of Medicine and senior author of the study published in the journal Cell Metabolism, says in a sense, the cells grow uncontrollably, resembling cancer cells, with which they share many molecular features. 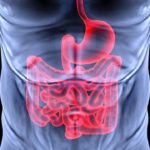