Protons’ large mass reduced beam scatter and ensure that most of a beam’s energy is deposited in target tissue rather, minimizing irradiation of nontarget tissue behind a tumor.1

That promise has sparked an “arms race” among cancer centers vying to be the first local or regional facilities to offer PBT.3

But the excitement over PBT has outpaced the science, critics contend.

Proton beam technology is expensive, too expensive, some say, and can’t be justified by the clinical evidence available for some types of cancer. Building a new proton beam facility frequently exceeds $200 million, and patients’ costs can be twice as high as those for other external-beam radiotherapies.1

For pediatric brain tumors and tumors of the eye, spine, and base of the skull, PBT does appear to be “more accurate than any other form of radiation treatment,” noted Anthony Laurence Zietman, MD, FASTRO, the Jenot W. and William U. Shipley Professor of Radiation Oncology at Harvard Medical School and a radiation oncologist at Dana-Farber and Harvard Cancer Center in Boston, Massachusetts.

“Key knowns” about PBT include the likelihood that it can sometimes reduce the “terrible late consequences of radiation treatment in children,” Dr. Zietman said. But “the true value of treating adults with this radiation therapy” for tumors in other anatomies remains unclear, he explained to Cancer Therapy Advisor.

“There is likely to be some advantage in some clinical scenarios,” Dr. Zietman acknowledged, but less so or none in others, he was quick to add. “The physics of proton beam in certain anatomic sites (particularly where there are air cavities like the lungs or moving parts like lung or liver) are uncertain and may abrogate any advantage.” 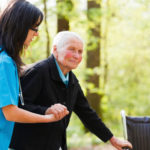 Talking to Patients About Integrative Oncology