(HealthDay News) — It will take some time before research programs return to normal at the U.S. National Institutes of Health after the end of the federal government shutdown, officials say.

During the shutdown, 73% of NIH’s 18,646 employees were placed on enforced leave, according to Nature, CBS News reported.

About 6,000 researchers in NIH labs who were working on hundreds of experiments suffered a “profound loss of momentum” with their research, the NIH said in a statement to Science magazine. The majority of projects were put on hold and it may take “many months” to restart them.

It will also take time for the office in charge of handing out research grants to return to normal. All October grant applications from researchers have been pushed back to November, and peer review meetings that were planned to take place during the shutdown or this week or next will be rescheduled.

“The shutdown came at one of our busiest periods and it is going to take some time to bring the extramural program back to full strength,” Sally Rockey, Ph.D., NIH’s Deputy Director for Extramural Research, said in an agency blog, CBS News reported. 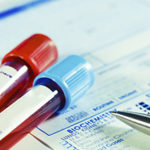