A team of University of Notre Dame scientists, in collaboration with researchers at the University of Connecticut, have announced the results of a new study on identifying potential targets for personalized cancer vaccines. The paper, “Genomic and bioinformatic profiling of mutational neoepitopes reveals new rules to predict anticancer immunogenicity,” was recently published in the Journal of Experimental Medicine. 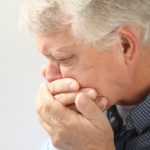