Patients who undergo chemotherapy and/or radiation therapy for treatment of cancer can experience cardiovascular side effects as a result. However, continuing data has shed light on some of the cardiotoxic side effects of other supportive care medications, including the anti-emetic drug class of 5-HT3 antagonists. Ondansetron, a 5-HT3 antagonist, has long been a workhorse for chemotherapy-induced nausea and vomiting (CINV). Antiemetic agents have been found in almost every chemotherapy regimen. However, recent data and post-marketing studies have led the US Food and Drug Administration (FDA) to amend the current dosing for ondansetron.

The topic of drug-induced QTc prolongation, a heart rhythm disturbance, has been addressed in the literature for several years as well as in case reports and retrospective and prospective studies. Numerous agents have been associated with QTc prolongation, with some medications being pulled off the market as a result (e.g., cisapride, terfenadine, and astemizole).

Agents used for certain cases of nausea and vomiting, such as droperidol, have also been associated with QTc prolongation and often require electrocardiogram (EKG) monitoring. Similarly, the 5-HT3 class of agents has also been shown to cause QTc prolongation, as demonstrated in data for intravenous granisetron, ondansetron, and dolasetron. Recent post-marketing data on dolasetron led the FDA to withdraw the CINV indication and the addition of EKG monitoring. The new FDA dosing and monitoring parameters for ondansetron, originally dosed up to32 mg but now reduced to a maximum dose of 16 mg, has caused issues with numerous institutions analyzing doses of the drug for specific regimens.

The data for ondansetron came from an evaluation performed by GlaxoSmithKline at the request of the FDA. Several smaller studies evaluated the QTc prolongation potential of the drug, which correlated the risk in larger populations. This prompted new labeling of the drug to include avoiding the use ondansetron in patients with QTc prolongation, with added monitoring parameters for cardiac electrolyte management.

The question that practitioners are left with is what anti-emetic agent drug can be most safely used? Currently, only two anti-emetic agents in the 5-HT3 class have not been shown to induce QTc prolongation. According to the latest FDA-approved labeling, palonesetron did not appear to prolong the QT interval.1 In addition, transdermal granisetron has not been shown to cause clinically significant QTc prolongation, and this may be due to the delivery system of the drug.2 These two agents may be cost-prohibitive in the in-patient setting, so it is important to note that with careful monitoring, ondansetron, which may be more accessible to patients, can remain effective and safe.  In addition, the use of steroids can be used safely to prevent CINV when necessary.

Further issues still need to be investigated, including the additive effect of ondansetron in multiple-day chemotherapy regimens that are highly or moderately emetogenic, daily or twice-a-day dosing schedules for ondansetron in patients, and repeated dosing in patients receiving chemotherapy in cycles. One underlying problem is the lack of understanding of the differences between the brand name ondansetron and the generic version. Continued research in this area will help elucidate ondansetron dosing, but will also aid in understanding which chemotherapy regimens may lead to increased risk of cardiac issues with concomitant use of anti-emetic agents. 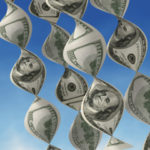 When Less is More: Personalized Care in Cancer Patients