Rotation to methadone as a second-line opioid may be safe and efficacious when using a tiered scheme with close follow-up in patients with cancer who experience pain, according to a study published in The Oncologist.1

Researchers led by Josep Porta-Sales, MD, PhD, of the Institut Català d’Oncologia in Spain, conducted a prospective, open-label study of 145 patients whose treatment was rotated from opioids to methadone, with the main outcome being change in the variable “worst pain” at day 28. Levels of pain were examined at study entry as well as at days 3, 7, 9, 14, 21, and 28.

Pain and pain interference were measured using the Brief Pain Inventory; side effects were evaluated according to the Common Terminology Criteria for Adverse Events version 3.0.

The researchers found that reasons for rotation to methadone included poor pain control in (77.9% of patients), opioid side effects (2.1%), or both (20%). Mean daily oral morphine-equivalent dose before rotation was 193.7 mg. 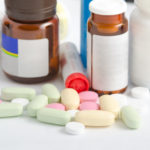