Cellular senescence is known to play a role in tumor suppression, but evidence is mounting that the presence of senescent cells can promote tumorigenesis via the senescence-associated secretory phenotype (SASP). A recent review in the British Journal of Cancer examined the multifaceted role of senescent cells during cancer development.1

The review noted that senescent cells and the SASP facilitate tissue repair, stop proliferation of premalignant cells, and recruit immune cells to kill tumor cells. But the SASP also has what the authors referred to as a “dark side.” The SASP can help create a tumorigenic microenvironment by supporting tumor cell invasion, degrading extracellular matrix, and promoting vascularization of tumor cells. Whether the effects of the SASP are beneficial or detrimental is contextual, the authors suggest.

“Most of the unequivocally beneficial properties of senescent cells and the SASP are activated during tissue remodeling processes, such as development or wound healing,” said study coauthor Christopher Wiley, MD, a postdoctoral research fellow at the Buck Institute for Research and Aging in Novato, California, in an interview with Cancer Therapy Advisor. “Doctors would want to avoid targeting senescent cells during times when these would be contraindicated.”

“It’s a trickier question in the case of something like cancer,” he explained. “In this case, it would probably be best to wait until treatments such as surgery or chemotherapy cycles are complete, and then target senescence as a late adjuvant therapy, during a period where recovery from side effects and prevention of secondary tumorigenesis are more important.”

The authors discussed several ways the SASP can be targeted, including killing senescent cells directly, decreasing the secretion of SASP factors, and suppressing senescence-associated inflammation and cell proliferation. They also noted that the beneficial aspects of senescence are undermined by inhibiting the SASP. Such inhibiting strategies should therefore be “applied judiciously in a targeted manner.”

The authors wrote that it is “paramount” to better understand the beneficial and pathological contexts of senescent cells to develop more effective anti-cancer therapies, given that context-sensitive use may result both in both tumor-suppressive and tumorigenic effects.

“We are still quite far from anything resembling even a phase 1 trial that specifically targets senescence or the SASP,” said Dr Wiley.  “The SASP was characterized only in 2008, the first senescent cell elimination study was published in 2011, and only this year was elimination of senescent cells shown to be beneficial for lifespan extension in mice.”

“I’m optimistic about the future,” he said. “I do think that, eventually, senolytic therapies, rather than SASP-targeting therapies—which can wear off over time—will become a standard of post-remission care, at least for some patients with cancer.

“There is a ton of work left to do, but all the arrows are pointing in the right directions, and the speed of discovery and translation seems to be continually increasing,” he concluded. “It’s a thrilling time to be in this field.” 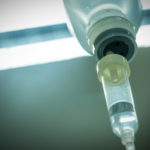 Age and Diabetes Linked With Neuropathy for Patients Undergoing Chemotherapy