As drug development costs continue to rise and the level of attrition for new drug candidates remains intimidating, the search for new therapeutic agents within oncology has become increasingly challenging. Researchers both within and outside of the pharmaceutical industry will occasionally look at certain non-chemotherapeutic medications that have been in the market for a substantial amount of time for “off-label” indications within oncology. It is more typical for researchers to examine generic medications (as opposed to those still on-patent) based on the idea that there may be fewer potential legal blockades with generic therapies. This type of strategy is sometimes called “repurposing” a medication. These medications typically have years of safety and efficacy data that helps reduce some of the financial burden associated with developing a new drug. One such medication that may have a role within oncology is the popular erectile dysfunction drug sildenafil.

Sildenafil works as a phosphodiesterase (PDE)-5 inhibitor, which increases levels of nitric oxide using cyclic adenosine monophosphate (cAMP) and cyclic guanosine monophosphate (cGMP).1 There is some preclinical evidence to support its antineoplastic properties, both in vitro and in vivo, with most of the data occurring within animal models.2 There are several mechanisms by which PDE5 inhibitors could express antineoplastic effects. PDE-5 inhibition has been shown to upregulate apoptosis in several different cell lines.2,3 The apoptotic effect has been demonstrated within multiple cancers including prostate cancer, colorectal cancer (CRC), chronic lymphocytic leukemia (CLL), breast cancer, multiple myeloma, and melanoma. In addition to apoptosis, PDE5 inhibition has also been associated with enhanced T-cell response against tumors and anti-inflammatory properties.2,3

Recently, a study evaluated the effect of sildenafil and linaclotide (a guanylyl-cyclase C agonist) on intestinal tumorigenesis in mice.4 When compared with water controls, the study found a significant reduction in the number of polyps per mouse by 50% and 67%, respectively (P < .001). Interestingly, there was no effect on the rates of apoptosis or proliferation and mean polyp size by either medication. Both of these medications had no effect on established polyps. In addition to pro-apoptotic properties, the sildenafil was also shown to have anti-inflammatory properties, which could have contributed to its antitumorigenic properties. (It is important to note that this study evaluated small intestine polyps and not those found within the colon or rectum.) Also, the doses used in this study represent significantly lower doses that what is currently being used in humans.

Unfortunately, there hasn’t been as much success and data to support the use of sildenafil for different cancers within humans. One of the earliest positive reports was in a small group of 5 patients treated with sildenafil for Waldenström macroglobulinemia.5 Sildenafil was shown to lower serum immunoglobulin M (IgM) levels and induce apoptosis of certain B cells in these patients. A larger, follow-up study to this found that 63% (19/30) patients treated with sildenafil had lower serum IgM levels and lack of disease progression.6

In addition to antineoplastic data, there have also been limited reports of a link between PDE5 inhibitors and an increased risk of certain types of cancer. An increased risk of melanoma (HR = 1.92, 95% CI 1.14-3.22) was reported in a large prospective cohort study conducted by Li and colleagues.7 This increased risk was not seen in basal or squamous cell carcinoma. It was postulated that reduced expression of PDE5A could lead to increased invasiveness of melanoma cells.7,8 Subsequent studies have showed lower hazard ratios and lack of dose response.2 Therefore, much of the current opinion is that there is lack of evidence to support causality. In addition, there was initially some concern regarding biochemical recurrence of prostate cancer after radical prostatectomy and long-term PDE5 inhibitor use, however, more recent studies have actually shown a potential protective effect.2,9 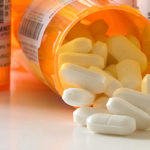