A MYC inhibitor appears tolerable and active in patients with advanced solid tumors that progressed on standard care, a first-in-human trial suggests.

The pan-MYC inhibitor OMO-103 was associated with mild adverse events. Although the drug did not produce any responses, 47% of evaluable patients maintained stable disease.

These results were presented at the 2022 EORTC-NCI-AACR Symposium by Elena Garralda, MD, of Vall d’Hebron Institute of Oncology in Barcelona, Spain.

Dr Garralda said OMO-103 is the first direct MYC inhibitor, it acts against the whole MYC family, and it has cell-penetrating properties. The aim of this first-in-human trial (ClinicalTrials.gov Identifier: NCT04808362) was to evaluate the tolerability of OMO-13 and establish the recommended phase 2 dose.

At baseline, the median age was 60.5 years, and 50% of patients were women. Patients had an ECOG performance status of 0 or 1, and they had received a median of 4 (range, 2-12) prior lines of therapy.

The 6.48 mg/kg dose was established as the recommended phase 2 dose. There was 1 dose-limiting toxicity, which was grade 2 pancreatitis.

There were 17 patients evaluable for efficacy, and none experienced a partial or complete response. However, 8 had stable disease.

A biomarker analysis suggested that low levels of 4 cytokines — CD26E, IL-8, MIP-1β, and GM-CSF — could potentially predict response to OMO-103. Patients with stable disease tended to have lower levels of these cytokines at baseline, when compared with patients who had progressive disease.

Dr Garralda noted that part 2a of this study is currently being planned.

Disclosures: This study was supported by Peptomyc S.L. Some study authors declared affiliations with biotech, pharmaceutical, and/or device companies. Please see the original reference for a full list of disclosures. 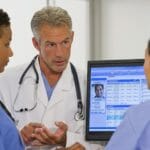