The disappearance of cancer without a satisfactory scientific explanation is rarely encountered by physicians. The process is typically called “spontaneous regression” or “spontaneous remission,” and a considerable body of literature confirms that cancer and benign tumors do indeed “disappear” and, in exceptional cases, patients are cured of the disease — in which case the phrase “miraculous healing” is sometimes invoked.

The patron saint of cancer patients is St Peregrine, OSM (1265-1345), a 14th century priest whose cancerous leg became ulcerated and festered for years and was, according to Christian legend, healed by Divine intervention the night before he was scheduled to undergo amputation.1,2 Case reports like this are today well within the framework of unexplained phenomena that fits the general rubric of “spontaneous regression.”3

Discounting these unique events may be the easiest course of action but it is unscientific, as medical historian and hematologist (and atheist) Dr Jocalyn Duffin noted in an analysis of Vatican archives in her book, Medical Miracles: Doctors, Saints, and Healing in the Modern World.4 Her interest in this subject started when Dr Duffin was sent pathology slides for interpretation from the Vatican regarding a patient diagnosed with acute myeloblastic leukemia who failed all available treatment. The source of the slides was unknown to her at first, though more than 30 years later the patient is alive after the cancer disappeared.4,5

Critical analysis of cases of spontaneous regression by sober and scientific observers dates back more than a century to physicians like Dr William Coley, Dr G.L. Rohdenburg in 1918, landmark studies by Drs J.J. and J.H. Morton in 1953, and the widely cited review by Drs T. Everson and W. Cole in 1956.6-8 The latter study defined the modern version of spontaneous regression of cancer as: “the partial or complete disappearance of a malignant tumor in the absence of all treatment, or in the presence of therapy which is considered inadequate to exert a significant influence on neoplastic disease.” 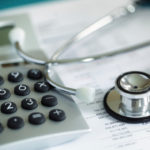