More children now survive cancer and go on to live years, or even decades, into adulthood. But this silver lining has a cloud: late effects—including everything from second cancers and debilitating back pain to infertility and strokes—can make life after childhood cancer a daily struggle fraught with chronic suffering and psychological distress.

Recognition of late-effect issues led to changes in pediatric cancer treatment strategies, resulting in significant reductions in mortality and the proportion of severe, disabling, or life-threatening chronic health conditions among survivors. A new study of adult survivors of pediatric cancer found, however, that while chronic health conditions declined, the rate of self-reported adverse health status went up.

A recent study published in the Annals of Internal Medicine compared the perceived health status of 14,566 adult pediatric cancer survivors based on the decade of treatment.1 According to the study’s co-first author, Kirsten K. Ness, PhD, of the department of epidemiology and cancer control at St. Jude Children’s Research Hospital in Memphis, Tennessee, “my initial expectation was that we would actually report improved health, and that’s not what we found.”

The study also reported, however, that the successive groups of survivors reported a noteworthy decline in the proportion of grade 3 or 4 chronic health conditions.

The study offered a variety of potential explanations for the decline in reported well-being, including the fact that, thanks to advances in treatments, 80 percent of children diagnosed with cancer live to become long-term survivors.

“We have survivors now who wouldn’t have survived, and they’re not necessarily as healthy, because they had maybe more severe disease or more what I consider high-risk disease,” Dr Ness said, “disease that requires them to get more therapy that has more late effects.”

Those survivors, the study suggested, “may be those who on average would report worse later health outcomes.” 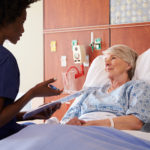 Determining the Role of Gender in Oncology Trial and Treatment Outcomes