Amy Griffin can’t say for sure that artificial turfs are causing cancer. But she’s doing everything she can to find out. One thing she does know: Soccer players across the country are coming down with cancer at epidemic rates. It didn’t always used to be this way. “I’ve coached for 26, 27 years,” Griffin said in an interview with NBC. “My first 15 years, I never heard anything about this. All of a sudden it seems to be a stream of kids.” 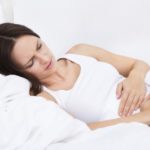