« POINT & COUNTERPOINT »
Is the hype surrounding robotic surgery for treating some cancers legitimate, or are opinions influenced by over-eager sales teams? Read one side of the argument below and then click here to read a response from Jeffrey M. Farma, MD. Read more

The use of robotic surgical systems has become more prevalent in the treatment of certain cancers, particularly prostate cancer, and as a result, oncologists may start to see new competition and increased pressure from vendor sales teams aiming to tap the growing use of robots in the surgical oncology field.

Robotic surgical systems have practically cornered the market for prostate surgery. Already as many as four of five radical prostatectomies in the United States are performed using the da Vinci Surgical System (Intuitive Surgical, Sunnyvale, CA),1 a robotic surgical platform that has been widely used for 15 years.

Between 2001 and 2006, the use of robotic surgical systems for all radical prostatectomies rose substantially, from 1% to 40%.2 The use of robotic surgery for all cancer types has also surged. For example, robotic cancer surgery at Memorial Sloan Kettering Cancer Center in New York, NY, increased from approximately 140 robot-assisted procedures in 2007 to 1,400 procedures in 2012.3

This increase in the use of robotic surgical systems for cancer procedures is taking place at the same time that research continues to challenge the advantages of robotic surgery over traditional cancer surgery techniques. A study published in 2011 in the journal Technology & Health Care, did not report “any significant differences in quality of life, hospital stay, and urinary incontinence in patients operated with robot-assisted surgery versus open retropubic radical prostatectomy.”4

Wiley Nifong, MD, associate professor of Cardiothoracic Surgery at the East Carolina Heart Institute, trains surgical teams around the world on how to operate the da Vinci surgical system. In an interview with ChemotherapyAdvisor.com, Dr. Nifong said that hospitals that purchase a da Vinci system and send teams to him for training need to demonstrate beforehand that they can meet a minimum quota for sustaining the cost and maintenance of the da Vinci system. “Hospitals have to make sure they have the patient population to sustain the [robotic surgery] program, which is one operation a week at least,” he said. In many cases, doctors play a role in the decision-making process of purchasing new robotic surgical equipment for their hospitals, added Dr. Nifong. 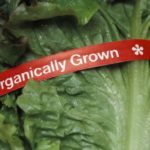