The mysterious relationship between the Warburg effect and oncogenesis has been debated for nearly a century. Recently, however, a team of Belgian molecular biologists found a possible explanation —and a direct link between sugar intake and cancer.1

The result of their 9-year study not only provides a clear warning for patients to reduce sugar consumption, but also a new and novel avenue for therapy, the lead author, Johan Thevelein, PhD, a professor at KU Leuven and Vlaams Instituut for Biotechnology in Belgium, said in a telephone interview with Cancer Therapy Advisor.

“The direct significance of our work is that patients have to be careful with sugar,” he said, “because we have identified a mechanism by which high sugar activates the aggressiveness of cancer.”

Simply put, Dr Thevelein said, he and his colleagues found a clear link between fructose 1,6-bisphosphate and activation of oncogenic Ras proteins.

The study appeared almost simultaneously to an opinion article positing that similarities between the glycogen shunt in yeast and cancer explains lactate produced in the Warburg effect.

The “glycogen shunt,” the paper explains, “describes conditions when glucose is shunted to glycogen and subsequently consumed through glycolysis even though adequate glucose and other energy supplies are present, thereby coupling glycogen synthesis and breakdown pathways to glycolysis.”2

That, the authors suggested, would explain the central paradox of the Warburg effect — aerobic glycolysis, or why cancer cells ferment glucose to produce lactate even when oxygen is present.

“The coordinated action of the glycogen shunt and glycolysis allows the cells to store glucose as glycogen while maintaining homeostasis of glycolytic intermediates and ATP and supplying glycolytic substrates for the PPP [pentose phosphate pathway] when needed,” they wrote. “The storage of excess glucose intake as glycogen allows energy to be preserved for future use, even though efficiency is slightly reduced by the net production of lactate.” 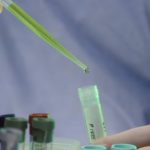 FDA Warns That Biotin Supplements Can Interfere With Lab Tests