There is no research looking at COI on guideline panels, but studies suggest that even a small amount of money from industry can have a big impact on an individual’s opinion of a company’s product. “You don’t have to get $100,000 a year to be conflicted,” Dr Prasad said. “It’s the same reason the Hare Krishna give you a flower in the airport before they ask you for a donation. They do it to affect your behavior.”

The concern about COI will never go away, Dr Prasad said, as long as drug companies offer doctors money for consulting and personal services.

“There must be return on investment for that money,” he argued, and said that more rigorous public disclosure of industry payments is warranted. “You can’t blame a tiger for being a tiger. I don’t blame the industry.”

Dr Prasad doesn’t agree with the distinction made by some physicians that research funding is irrelevant. “Some people act as if they don’t benefit at all from that money,” he said, because it doesn’t come directly to them. But having the extra funding clearly benefits their institution and their department, he added.

NCCN guidelines committee members — including their spouses and dependents — are not allowed to accept more than $20,000 in personal payments from any single company or $50,000 in total from industry, according to NCCN rules. That cap includes consulting fees, honoraria, stock ownership and patent royalties, but not money for participating in data-safety monitoring committees, Dr Carlson said, because the job of such committees is to police company activities.

Every year, fewer than 1% of doctors on NCCN’s guideline review panel members have to step down because they have accepted too much money, or perhaps married someone in the industry, Dr Carlson noted. Panel members have to disclose financial interests every 6 months, and must resign if their financial position changes in a way that puts them in violation of the organization’s standards.

There are no earnings caps for members of the NCCN Guidelines Steering committee, which appoints the other committees but does not make drug decisions on its own, Dr Carlson said. Those 30 members, with 28 appointed by the institutions that participate in NCCN, are not subject to the same financial review. Dr Carlson said that if anyone on that body had a conflict, it would be diluted by the perspective of other members. 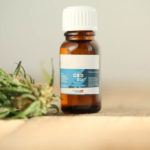