Many oncologists have long had a love-hate relationship with Twitter. It can help them stay informed of the latest treatment news in a fast-moving field and facilitate dialogue with patients. Conversely, it can be a waste of time, deflate morale, and provoke snarky commentary or worse, harassment.

Physicians must also be mindful to sort through the sheer volume of content, including posts from so-called “oncology influencers” who might have financial conflicts of interest or work with public relations people at pharmaceutical companies.

Yet some oncologists say Twitter has evolved to facilitate another important endeavor: research. During the early days of the pandemic, Jeremy Warner, MD, (@hemoncwarner), associate professor of medicine and biomedical informatics at Vanderbilt University in Nashville, Tennessee, became interested in following the #COVID19 hashtag on Twitter to keep up to date on whether any of the major spring cancer meetings were being canceled.

Then Dr Warner, who’s also deputy editor at HemOnc.org, stumbled upon a Twitter thread about whether fellow oncologists should use their personal followings to spread the word about the need to collect information about cancer patients who were infected with the novel coronavirus. “We latched onto it,” he said. “I had 1000 followers at the time, but others had 20,000. It quickly was brought to the attention of a core group of interested people. Five institutions became 14, and then it kept growing from there.”

That was the genesis of the Covid-19 & Cancer Consortium (CCC19), which is now supported by more than 120 cancer centers and other organizations. To date, the consortium has authored 2 peer-reviewed journal articles, 3 scientific presentations, and 8 editorials and commentaries. “All that awareness came through Twitter,” he said. “I think we have a page on LinkedIn, but it’s 99% Twitter.”

The social media platform is also helpful to spread the word about new research. Regarding the CCC19’s first publication in The Lancet in June 2020, the journal’s PlumX Metrics function (the one used by the publisher Elsevier) has counted more than 1300 Twitter interactions, including tweets and retweets for that article.1

Yet Dr Warner said the score for that article via Altmetric — a tool which measures the reach of articles, and one for which institutions pay a fee to access — is proof of Twitter’s power. “It reached 3 million people. That’s what happens with amplification. For our first paper about the consortium, that’s amazing,” said Dr Warner. He added that more than half of the tweets were from members of the general public. 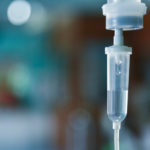