Mengyuan Fu, Ph.D., from Harvard Medical School in Boston, and colleagues examined the use of and spending on new oral targeted cancer drugs among 37,348 patients who received at least one of the 44 new oral targeted drugs dispensed between 2011 and 2018.

Mahnum Shahzad, also from Harvard Medical School, and colleagues estimated Medicare spending on the 10 accelerated approval (AA) cancer drug indications reevaluated by the U.S. Food and Drug Administration in 2021, all with confirmed lack of OS benefit.

The researchers found that Medicare spending on the 10 AA indications increased to an estimated inflation-adjusted $569 million between 2017 and 2019, with $171 million and $498 million corresponding to indications voluntarily withdrawn by manufacturers and indications reevaluated by the FDA, respectively. Overall, $345 million was accounted for by the four indications that the FDA Oncologic Drugs Advisory Committee voted to retain.

“Our findings suggest that cancer drugs without documented overall survival or quality of life benefits are adopted in the health system and account for substantial spending,” a coauthor on both studies said in a statement.

One author from the Fu study disclosed financial ties to Vivio Healthcare.

Abstract/Full Text – Fu (subscription or payment may be required)

Abstract/Full Text – Shahzad (subscription or payment may be required) 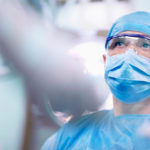