Researchers have obtained the most detailed images to date of human telomerase, providing an unprecedented understanding of its molecular structure and, potentially, offering new insights for fighting cancer.

Telomerase is an enzyme that maintains the length of telomeres, the caps at the ends of chromosomes that prevent cell senescence and apoptosis. It thereby plays a crucial role in tumor proliferation.

“Telomerase is expressed in more than 85% of cancer cells, making it a nearly universal cancer marker, while the majority of normal somatic cells are telomerase negative. Telomerase activity confers limitless replicative potential to cancer cells, a hallmark of cancer which must be attained for the continued growth that characterizes almost all advanced neoplasms,” the authors of a 2012 analysis explained.1

Because telomerase activity is found in most cancer cells, but is absent or only active at very low levels in normal ones, that makes it an attractive target for cancer therapies.

Avenues currently being pursued are oligonucleotide-based inhibitors such as the compound GRN163L, which is undergoing clinical trial under the name imetelstat, and a variety of telomerase-targeting immunotherapies.

An obstacle, though, has been the time required for telomere length (TL) to be reduced enough to have an impact.

As a 2016 paper noted, “a major challenge for anti-telomerase-directed therapy is the long lag period required to observe enough TL attrition to induce cell death. Telomere shortening requires a series of cell division cycles to become apparent, and treatment may have to be given continuously for months to induce therapeutically relevant tumor reduction effects. During this treatment period, most tumor cells will continue to grow, which may require the use of other treatment modalities for successful clinical outcomes.”2

Another concern involves the effect of inhibitors or other therapies on normal somatic cells that do exhibit telomerase activity, such as some adult pluripotent stem cells.

“Because tumor cells share the same telomere elongation machinery with normal proliferative stem-like cells, one major concern associated with the use of a telomerase inhibitor is the potential decline of regenerative capacity in normal stem cells,” the authors of a study of imetelstat’s effect on glioblastoma tumor cells said. “Such an adverse possibility is of particular concern for the organs with high rates of cellular turnover and especially relevant in elderly patients.”3 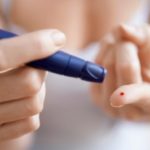 Risk of Diabetes May Increase After Cancer Diagnosis