“The overall survival advantage seen with CPX-351 compared to 7+3, along with a superior response rate and no increase in serious toxicity indicates that we’ll likely have a new standard of care for treating older patients with secondary AML,” said principal investigator Jeffrey E. Lancet, MD, senior member and chief of the Leukemia/Myelodysplasia Program at Moffitt Cancer Center. “This represents a major step forward for a very difficult-to-treat patient population.”

In terms of safety, there were no substantial differences in the rate of grade 3 or higher hematologic and non-hematologic adverse events.

Based on these results, Celator Pharmaceuticals expects to submit a New Drug Application (NDA) for Vyxeos by the end of 2016.

Patients then received second induction with Vyxeos 100 u/m2 on days 1 and 3 in Vyxeos arm, and cytarabine 100 mg/m2/day by continuous infusion and daunorubicin 60 mg/m2 on days 1 and 2 in the 7+3 arm.

RELATED: Cytomegalovirus After HCT Does Not Protect Against Leukemia Relapse

Vyxeos is a nano-scale co-formulation of cytarabine and daunorubicin at a synergistic 5:1 molar ratio.  The formulation represents a novel strategy to developing combinations of drugs in which molar ratios of 2 agents with synergistic anti-tumor activity are encapsulated in a nano-scale liposome in order to maintain the desired ratio following administration to the patient. 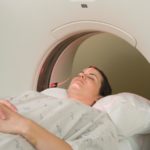