Every February 4th, the Union for International Cancer Control (UICC) seeks to raise awareness about cancer through the World Cancer Day initiative. This year’s tagline is “Debunk the myths”, which reflects the overall goal of dispelling the stigma and myths surrounding the disease.

According to information on the UICC website, some of the common myths include:

Additionally, the International Agency for Research on Cancer (IARC), a United Nations agency, today released the global World Cancer Report 2014. According to a press release, the report includes the following key points:

“The rise of cancer worldwide is a major obstacle to human development and well-being,” Christopher Wild, PhD, director of the IARC, said in the release. “These new figures and projections send a strong signal that immediate action is needed to confront this human disaster, which touches every community worldwide, without exception.”

RELATED: Progress in the ‘War on Cancer’

The World Cancer Report 2014 also reveals inequality in global cancer control and care. Cancer mortality appears to be rising at a faster rate among the world’s poorer populations, with estimates showing that nearly 80% of the increase in the number of all cancer deaths will occur in less developed regions by 2025.

Infections, such as the human papillomavirus, and the adoption of a more Western lifestyle that often includes smoking, alcohol use, and lack of physical activity, are major contributing factors to the increase in cancer deaths in developing nations, according to the release.

RELATED: One Dose of HPV Vaccine May Prevent Infection

“Governments must recognize the growing cancer burden in their country. The new figures from IARC show that the incidence of cancer globally will continue to grow unless we recognize the threat and act on it now,” Cary Adams, CEO of the UICC, said in the release. “On World Cancer Day, we demand that governments around the world move to stop the millions of predicted, needless, and premature deaths caused by cancer by developing and implementing a national plan which includes proven preventive and early detection measures.” 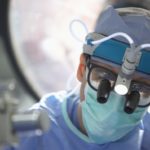