In this study, the researchers aimed to analyse patient-reported outcomes in GOG 240. Improvements in overall survival and progression-free survival attributed to the incorporation of bevacizumab into the treatment of advanced cervical cancer were not accompanied by any significant deterioration in health-related quality of life. 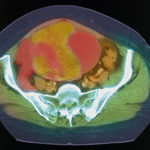 Addition of Veliparib to Cyclophosphamide Ineffective for Ovarian Cancer