(HealthDay News) – Cancers associated with the human papillomavirus (HPV) are diagnosed in nearly 11 out of 100,000 men and women in the United States annually, and HPV vaccines play an important role in reducing the incidence of those cancers for which screening is not approved, according to a report published in the April 20 issue of the U.S. Centers for Disease Control and Prevention’s Morbidity & Mortality Weekly Report.

Xiaocheng Wu, MD, of the CDC in Atlanta, and colleagues analyzed 2004 to 2008 data from both the National Program of Cancer Registries and the Surveillance, Epidemiology, and End Results program to assess the incidence of HPV-associated cancers in the United States. 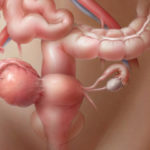