A vaccine meant to protect against nine types of human papillomavirus (HPV) could prevent 90 percent of all cervical cancers, according to a study published in Cancer Epidemiology, Biomarkers & Prevention.

“We wanted to study how many cervical precancers could potentially be prevented by an investigational nine-valent HPV vaccine that provides protection against the HPV types 6, 11, 16, 18, 31, 33, 45, 52, and 58,” lead author Elmar Joura, M.D., from the Medical University of Vienna, said in a journal news release.

“Given the high vaccine efficacy that was observed in a large phase III clinical trial testing the nine-valent HPV vaccine, if vaccination programs with this new-generation vaccine are effectively implemented, approximately 90 percent of invasive cervical cancer cases worldwide could be prevented, in addition to the majority of precancerous lesions.”

Joura noted that even though current HPV vaccines (Gardasil and Cervarix) are known to be safe, their use in the United States and other wealthy nations has been “inadequate.” He said the use of HPV vaccines must increase if their full potential to reduce cervical cancer is to be achieved.

The study was funded by Merck. Joura has received grant support to his institution as well as advisory board and lecture fees from Merck and other pharmaceutical companies. 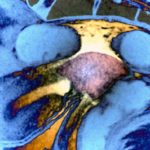 For HER2-Positive Uterine Serous Carcinoma, Afatinib May Be Effective