(HealthDay News) — For women with gynecologic cancers, treatment at high-volume centers is associated with a survival advantage, according to a study presented at the Society of Gynecologic Oncology’s Annual Meeting on Women’s Cancer, held from March 22 to 25 in Tampa, Fla.

Jeff F. Lin, MD, from the Magee-Women’s Hospital at the University of Pittsburgh Medical Center, and colleagues used the National Cancer Data Base to examine the characteristics and outcomes of centers treating high volumes of gynecologic cancer patients.

A cohort of 863,156 patients with cervical, uterine, ovarian, vaginal, and vulvar cancer who received treatment at 1,666 centers from January 1998 to December 2011 were identified. The centers were divided into quartiles based on case volumes.

The researchers found that the lowest quartile centers treated a greater proportion of patients aged older than 71 years and patients with stage IV disease.

A 10% increased adjusted mortality risk was seen for treatment at lowest-quartile centers.

“This trend is good news for women. Although these data don’t tell us why more women are being treated at high-volume centers, gynecologic cancer care is becoming increasingly complicated, and doctors may feel more comfortable referring patients to high-volume centers and specialists,” Lin said in a press release.

“Based on this and other studies, we should be trying to steer even more patients to high-volume hospitals.” 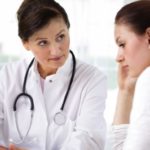