Increasing use of hospice in the final days of ovarian cancer does not offset intensive end-of-life care in older women, according to a study published in the Journal of Clinical Oncology.

Alexi A. Wright, M.D., from the Dana-Farber Cancer Institute in Boston, and colleagues examined changes in medical care during the last month of life over time for 6,956 individuals (aged ≥66 years) enrolled in fee-for-service Medicare. Patients were diagnosed with epithelial ovarian cancer between 1997 and 2007, and died as a result of ovarian cancer by December 2007.

The researchers found that between 1997 and 2007, hospice use increased significantly, and terminal hospitalizations decreased (both P < 0.001). There was, however, a simultaneous, statistically significant increase in intensive care unit admissions, hospitalizations, repeated emergency department visits, and health care transitions (all P ≤ 0.01).

RELATED: For Patients with Ovarian Cancer at End of Life, Paradoxical Increase in Use of Intensive Medical Services and Hospice

“Use of hospital-based services increased over time, and patients underwent more transitions among health care settings near death, suggesting that the increasing use of hospice did not offset intensive end-of-life care,” the authors write. 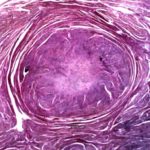 For Patients with Ovarian Cancer at End of Life, Paradoxical Increase in Use of Intensive Medical Services and Hospice