In a recent paper published in the Journal of Clinical Oncology, the authors recommended using adjuvant and maintenance bevacizumab to treat a patient with stage IIIc ovarian cancer following an optimal (R0) resection.1 But in a letter to the editor, Ronald J. Buckanovich, MD, PhD, a professor of medicine at the University of Pittsburgh, and colleagues disagreed with this suggestion, citing previous research on this issue and recommendations made by the American Society of Clinical Oncology (ASCO) Gynecologic Oncology Educational Committee.2,3

Evidence suggests that bevacizumab confers a progression-free survival advantage regardless of when it is used, Dr Buckanovich told Cancer Therapy Advisor. Because of the significant toxicity burden and cost of the drug — which does not seem to prolong overall survival in this setting — using it as maintenance therapy is not a good idea, he said. “Why not use it late to spare the 40% of patients we’re going to cure anyway, and they will never need it?” Dr Buckanovich said.

Both studies showed that even though bevacizumab prolonged progression-free survival, it generally did not improve overall survival — with some exceptions. In addition, the authors noted, the progression-free survival advantage shown in ICON-7 waned with long-term follow-up. At the same time, patients with high-risk disease in ICON-7 — those with stage IV disease, inoperable stage III disease, or suboptimally debulked stage III disease — did have an overall survival advantage, according to the results of a subset analysis. Among those, patients with stage IV and inoperable disease appeared to benefit the most from the addition of bevacizumab.

But the results of that same trial also suggested that for some patients, adding bevacizumab might actually have negative effects, the authors of the letter wrote. “Indeed, the hazard ratio for patients with stage I–III R0 disease was 1.23 (95% CI, 0.93 to 1.62), suggesting that bevacizumab could even be detrimental in this group,” they wrote.

The results of GOG-0218 suggested that only patients with high-risk stage IV disease had an overall survival advantage with bevacizumab, whereas patients with stage III disease did not, the authors of the letter noted. 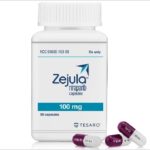