Use of neoadjuvant chemotherapy for patients with stage IIIC and IV epithelial ovarian cancer has increased from 2004 to 2016, according to the results of a new study.

Researchers from Columbia looked at data from 72,171 women treated for advanced epithelial ovarian cancer between 2004 and 2016 from the National Cancer Database. Of these women, 73.5% underwent primary cytoreductive surgery.

The researchers noted that changing trends in median survival seen during the time of the study were not associated with increased use of neoadjuvant chemotherapy. 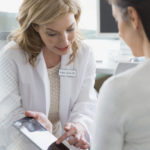