The decade-long paradigm shift in decoding ovarian cancer is only now beginning to make its way from research journals into clinical practice.

These changes will have a tremendous effect on the management of ovarian cancer, which is still treated as a single disease.

That’s the conclusion of Ronny Drapkin, MD, PhD, the Franklin Payne Chair in Gynecologic Oncology and director of the Penn Ovarian Cancer Research Center at the University of Pennsylvania Perelman School of Medicine in Philadelphia.

In an interview with Cancer Therapy Advisor, Dr Drapkin, who is also director, gynecologic cancer research, Basser Center for BRCA, spoke about how far management of ovarian cancer has come—and how far it still has to go.

Ovarian cancer is a heterogeneous disease. The most common subtype is high-grade serous carcinoma. Yet, unlike breast cancer, “all ovarian cancers still get treated the same way, regardless of biologic subtype,” he said. In addition, “most clinical trials still group all ovarian cancers together even though the biology is different.”

One of the greatest challenges of ovarian cancer is whether it can be detected early. With symptoms that are said to “whisper,” more than 70% of patients present with advanced disease and only 40% survive 5 years.1 In 2016, an estimated 22 280 new cases of ovarian cancer and 14 240 deaths will occur in the United States. Ovarian cancer is the leading cause of death from gynecologic cancer among US women and the fifth most common cause of cancer mortality.2

To date, no screening modalities are recommended to detect preclinical cases of ovarian cancer, and the few studies that have demonstrated increased detection have yet to show improved mortality with early detection.

Long-awaited results from the UK Collaborative Trial for Ovarian Cancer Screening (UKCTOCS) of more than 200 000 initially cancer-free postmenopausal women, published in The Lancet, seemed to suggest that a yearly blood test may reduce ovarian cancer mortality by an estimated 20%, or 2 women for every 10. 1 It could also mean no women or 4 women for every 10. For that reason, the study—the largest ever conducted in ovarian cancer screening—will continue for another 3 years to establish the full impact. 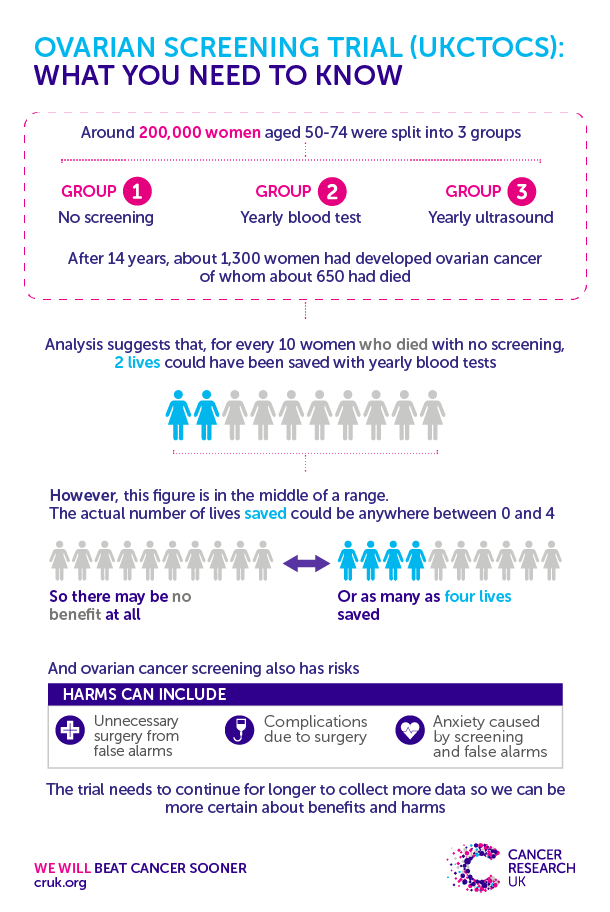 When Dr Drapkin began working specifically in the ovarian cancer field about 15 years ago, “we knew next to nothing about it,” such as pathogenesis and genetics, he said. “Our understanding of the disease has changed dramatically in the last 5 to 10 years,” adding that “2 major advances have impacted our concept of early detection.”

“The first is the realization that many ‘ovarian’ cancers, especially high-grade serous carcinomas, actually start in the Fallopian tube. It is a tubal disease that secondarily involves the ovary. In this scenario, the ovary is a metastatic site. Therefore, early detection efforts have to focus on the Fallopian tube, rather than the ovary. Early precursor lesions have been described in the Fallopian tube and understanding the biology of those precursor lesions and how much time may elapse before they become invasive/malignant is an area of intense investigation at Penn and other places. Similarly, biomarkers for early detection will likely also come from the Fallopian tube and we have efforts in that area as well,” he told Cancer Therapy Advisor.