“To our knowledge, ARIEL4 is the first study to compare a PARP inhibitor with standard-of-care platinum and non-platinum-based chemotherapy in patients with germline or somatic BRCA1 or BRCA2 mutations and relapsed ovarian carcinoma,” the researchers wrote.

Researchers did not find a significant difference in the objective response rate between the 2 treatment arms (P =.13). However, the median duration of response was longer in the rucaparib arm (9.4 months) than in the chemotherapy arm (7.2 months; HR, 0.56).

Researchers said the OS data were not mature, with 51% of death events at the time of analysis. Patient follow-up is ongoing, and OS will be assessed when 70% maturity is reached.

Treatment interruption and/or dose reduction due to TEAEs occurred in 50% of patients in the rucaparib arm and 44% of patients in the chemotherapy arm. There were 3 fatalities that were potentially related to rucaparib treatment — 1 due to cardiac disorder, 1 due to myelodysplastic syndrome, and 1 with an unknown cause.

“Results from the ARIEL4 study support rucaparib as an alternative treatment option to chemotherapy for patients with relapsed, BRCA1-mutated or BRCA2-mutated ovarian carcinoma,” the researchers concluded.

Disclosures: This research was supported by Clovis Oncology. Some study authors declared affiliations with biotech, pharmaceutical, and/or device companies. Please see the original reference for a full list of disclosures. 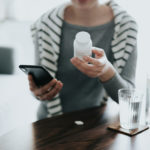 Olaparib Alone, in Combination Does Not Improve PFS in Platinum-Sensitive Ovarian Cancer