The effectiveness of cancer immunotherapy depends on the ability of a patient’s immune system to recognize and attack tumor cells. Researchers led by Kunle Odunsi, MD, PhD, of the Roswell Park Cancer Institute in Buffalo, NY, have announced a novel approach to “reprogramming” ovarian cancer cells that apparently makes them more visible by increasing tumor antigen production.

A New Approach to Provoking an Immune Response

Immune system detection of tumors is triggered by the recognition of tumor antigens—proteins preferentially expressed by tumors. Cancer immunotherapy is based on identifying unique tumor antigens and targeting these antigens for attack. Although this concept seems simple, in practice, immunotherapy is hampered because tumor antigens generally are expressed with less than 100% frequency and, even when present, often appear at low densities and/or heterogeneously, leaving antigen-negative sections of tumor that are invisible to the immune system.1

In their phase 1 study, 12 women with recurrent ovarian cancer after multiple lines of chemotherapy were enrolled. Their median age was 59 years, and estimated progression-free survival (PFS) for these women was 3 months without additional therapy.1 On day 1, all of the women received decitabine—a DNA methyltransferase inhibitor recently approved for clinical use in myelodysplastic syndrome—followed by doxorubicin on day 8; then on day 15, they received a cancer vaccine consisting of NY-ESO-1 protein with Montanide vaccine and granulocyte-macrophage colony-stimulating factor.1 The women were randomly assigned to receive a low (45 mg/m2 × 1 day), medium (10 mg/m2 × 5 days), or high (90 mg/m2 × 1 day) dose of decitabine. This regimen was repeated every 28 days for a total of four cycles, at which point patients with stable disease or response to therapy were continued on doxorubicin until disease progression.1

A total of 10 women were evaluable for clinical response. NY-ESO-1 antibodies were generated in two of three women who were seronegative at baseline.1 Notably, a clinical benefit was seen for all women who received the low (n=2) and middle (n=2) doses of decitabine and two of six women who received the high dose, suggesting that future research should focus on lower doses of the priming agent. Five women had stable disease for up to 7.8 months, and one had a partial response with disease remission lasting 5.8 months.1 Throughout the study, decitabine was generally well tolerated, with manageable hematologic adverse effects.1

Treatment options are few for women with recurrent ovarian cancer and the prognosis for their long-term survival is poor. In this small study, the use of decitabine to boost tumor antigen production resulted in a clear clinical benefit for the majority of women. Dr. Odunsi said it was remarkable that “antigen spreading” was evoked by the treatment regimen. “Although we immunized against a single target [NY-ES0-1], we analyzed and found that we were able to induce immune responses against three other antigens, against which we did not immunize.”

The results of this study led Dr. Odunsi to propose that patients actively seek such combination therapies despite the currently experimental nature of the therapy. “There is enough scientific and clinical evidence to indicate that they are likely to be beneficial,” he said. Looking ahead, a phase 2 trial is being planned by Dr. Odunsi and Adam R. Karpf, PhD, associate professor at the Eppley Institute in the University of Nebraska Medical Center, in Omaha, and a coprincipal investigator on the current study, to determine whether decitabine combination therapy can prolong PFS for women with ovarian cancer. 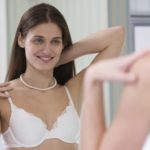