Tumor cells from ovarian neoplasms that are shed may be collected through lavage of the uterine cavity and subsequently used as a potential tool for early diagnosis of ovarian and endometrial cancer, according to a recent study published online ahead of print in the Journal of Clinical Oncology.1

Researchers led by Elisabeth Maritschnegg, PhD, of the Medical University of Vienna in Austria used the lavage of the uterine cavity in order to obtain samples from 65 patients, including 30 with ovarian cancer, 5 with endometrial cancer, 3 with other malignancies, and 27 with benign lesions that involved the gynecologic organs.

Samples were examined for any presence of somatic mutations through massively parallel sequencing as well as singleplex analysis.

The researchers were able to identify mutations, mainly in TP53, in 18 of 30 lavage samples in patients with ovarian cancer through massively parallel sequencing, and singleplex analysis of previously determined mutations was able to further identify 6 patients.

Among these 24 patients, specific mutations could be identified, including one patient who was found to have occult ovarian cancer. All 5 of the patients with endometrial cancer were found to harbor mutations, and 8 of the 27 patients with benign lesions tested positive for mutations, with 6 of them from mutations in the KRAS gene. 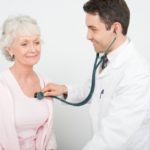 Limiting Lynch Syndrome Screening in Endometrial Cancers May Be Harmful