“For some reason, safety is not as big a concern for boys and their parents,” Dr Ramondetta said. “It shouldn’t be a concern at all. This vaccine has been studied more than just about any other vaccine. But if you ask parents why girls are not vaccinating, safety seems to be a concern for some.”

There appears to be less stigma among parents about sons becoming sexually active than there is about the sexual activity of daughters, said Debbie Saslow, PhD, senior director of HPV-related and women’s cancers at the American Cancer Society in Atlanta, Georgia.

Vaccination rates vary geographically, both between countries and within the US. Only a handful of states require that public school students receive the HPV vaccine. Vast expanses of the rural US have few or no pediatricians and limited access to the vaccine.

Australia introduced HPV vaccines at the same time as the US, nearly a decade ago, but Australia achieved 80% vaccination rates in just a year, Dr Saslow said. That was largely because the Australian government paid for the vaccines and they were administered in schools. As a result, this year, Australia changed cervical cancer screening recommendations to reflect the reduced risk: at age 25, women start undergoing HPV testing (rather than pap tests) every 5 years.

That will eventually happen in the US as well, Dr Saslow predicted.

“It’s going to happen but the question is when,” she said. “What will happen is we’ll start screening later, at age 25 and maybe eventually 30, and screening will get away from Pap testing, because Pap tests are not as effective in vaccinated people: they’ll detect a bunch of cervical changes unrelated to cancer. It will all be false positives. We’ll need to go to strictly HPV-based testing” or potentially some new type of screening test, according to Dr Saslow.

In the US, there appear to be socioeconomic or class barriers at play regarding HPV vaccination. Completion rates tend to be higher among more affluent groups, meaning that those who get the first vaccine are more likely to complete the series.

But there’s also a “reverse disparity” in initiating HPV vaccination at all Dr Saslow noted. “Poor and minority kids have higher rates of [the] first dose. Providers might be doing their own risk-based recommendations to parents, which they should not be doing, saying these kids are at higher risk.”

In high-socioeconomic-status urban and suburban communities, vaccine hesitance and prevalent “anti-vax” conspiracy theories may be barriers to vaccination. In rural areas, religious conservativism about sex and sexually transmitted disease — as well as the political climate — are likely factors, Dr Ramondetta added. Rates of HPV vaccination are worse than those for, say, polio or measles, suggesting that hesitance is related to the sexual nature of HPV transmission.

“There’s still a stigma about HPV infection, which is crazy, since most people are exposed,” said Dr Ramondetta. “Normalizing HPV is important — it’s just an aspect of the human condition, like flu.”

“There is ample evidence of the efficacy, safety and durability of this vaccine,” Dr Ramondetta said. “We need to find new ways to educate the public. We can talk to one another all we want in journals but meanwhile, social media is filled with [misinformation] … We need to take a larger role in social media, flooding it with accurate information.”

“Most parents just need reassurance,” she added. “Their motivation is to keep their kids safe.”

Doctors should recommend HPV vaccination every time they see adolescent patients and their parents, Dr Saslow emphasized. And, oncologists need to reach out to family physicians and pediatricians, she said. 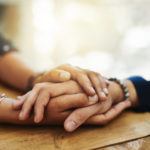