Mouse models of human oral cancer treated with an agent called capsazepine showed dramatic tumor shrinkage without damage to surrounding tissues, researchers from the School of Dentistry and School of Medicine at The University of Texas Health Science Center at San Antonio found. “These tumors develop primarily on the side of the tongue,” said study first author Cara B. 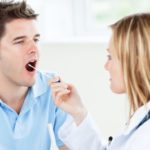