The Food and Drug Administration (FDA) has approved Keytruda (pembrolizumab; Merck) for first line treatment of patients with metastatic or unresectable, recurrent head and neck squamous cell carcinoma (HNSCC) as monotherapy for patients whose tumors express PD-L1 (Combined Positive Score [CPS] ≥1) or in combination with platinum and fluorouracil (FU) regardless of PD-L1 expression.

The approval was based on data from the KEYNOTE-048 trial (N=882) which randomized patients who had not previously received systemic therapy for metastatic disease or with recurrent disease who were considered incurable by local therapies to either Keytruda monotherapy, Keytruda in combination with cisplatin plus FU, or cetuximab with carboplatin or cisplatin plus FU.

“The results of KEYNOTE-048, which support this approval, demonstrated that Keytruda monotherapy for patients whose tumors expressed PD-L1 CPS greater than or equal to 1 and Keytruda in combination with chemotherapy regardless of PD-L1 expression significantly prolonged survival for patients with metastatic or with unresectable, recurrent head and neck squamous cell carcinoma in the first line setting,” said Dr Jonathan Cheng, vice president, clinical research, Merck Research Laboratories.

Keytruda, a programmed death receptor-1 (PD-1)-blocking antibody, is also approved as a single agent for the treatment of patients with recurrent or metastatic HNSCC with disease progression on or after platinum-containing chemotherapy. 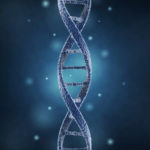 Mouth Rinse for HPV DNA May Be Biomarker in Head, Neck Cancer