Recent investigations have opened a new understanding of the molecular profile of head and neck squamous cell carcinoma (HNSCC) and identified a drug combination that may prevent the disease in some high-risk patients.

Although HNSCC is the seventh most common cancer in the United States, little is known about its molecular profile—other than its association with human papillomavirus (HPV). In a recent study, investigators from the University of North Carolina analyzed data from DNA microarrays of 138 HNSCC samples, searching for recurrent patterns known as gene expression signatures. They identified four gene expression subtypes, termed basal, mesenchymal, atypical, and classical.

The patients included in the study represented a broad cross section of HSNCC patients and were representative of a typical clinical practice. The four subtypes were approximately equally represented within the sample. Tumor subtypes were not correlated with age, gender, race, alcohol use, smoking history, or tumor size.

There was no association between tumor subtype and recurrence-free survival, although when the cohort was re-evaluated without the 14 HPV-positive patients, the atypical subtype was associated with particularly poor outcomes.

“Cancer results when broken molecules initiate a cascade of abnormal signals that ultimately results in abnormal growth and spread of tissues that should be under tight control with the body,” said Neil Hayes, MD, MPH, the senior study author. “However, most common tumors, including head and neck cancer, have relatively little information in the public record as to how these signals coordinate to create different patterns of abnormalities. This study is among the largest ever published to document reproducible molecular tumor subtypes. Subtypes, such as those we describe, represent attractive models to understand and attack cancers for treatment and prognosis.”

Preclinical and clinical studies suggest that treating patients who have advanced oral precancerous lesions with a combination of an epidermal growth factor receptor (EGFR) inhibitor and a cyclooxygenase-2 (COX-2) inhibitor may slow or prevent progression to HNSCC. 2

After prior research suggested a role for EGFR and COX-2 in promoting HNSCC, a team led by Dong Moon Shin, MD, at Winship Cancer Institute at Emory University tested the drug combination in preclinical studies. They found that the combination of the EGFR inhibitor erlotinib, and the COX-2 inhibitor celecoxib, was more effective than either drug alone at inhibiting growth of human HNSCC cell lines. Results showed that pretreating mice with the drug combination before implanting them with human HNSCC cells was more effective at suppressing cancerous growth than either drug alone.

Based on these results, the research team started 11 patients with advanced oral precancerous lesions on the drug combination. Pathologic examination of biopsy tissue taken from seven patients at 12 months showed that three patients no longer had evidence of precancerous cells; two patients had a partial pathologic response; two had progressive disease.

It is important to note that there was a high drop-out rate from the study due to adverse events. “Prevention is not achieved through short-term treatment,” Shin said. “So, we need to investigate the safety and toxicity of this combination further before planning a large-scale trial. We are also looking to combination therapies using less toxic or nontoxic agents, such as natural compounds.” 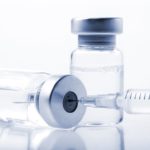 SD-101 Plus Pembrolizumab Elicits Responses in Head and Neck Cancer