The risk of developing cancer in a salivary gland might be higher in people with mutations in either of two genes associated with breast and ovarian cancer, according to a new study by researchers at The Ohio State University Comprehensive Cancer Center – Arthur G. James Cancer Hospital and Richard J. Solove Research Institute (OSUCCC – James).

Although salivary gland cancer is rare, this retrospective study suggests it occurs 17 times more often in people with inherited mutations in genes called BRCA1 and BRCA2, than those in the general population. 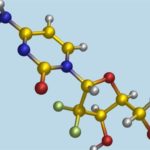