Specific patient- and treatment-related factors were identified as potential survival detriments for patients with a history of oropharyngeal cancer (OPC) who received radiation therapy (RT) and were alive for at least 5 years following diagnosis, according to findings from a retrospective database review published in Cancer. Specifically, older age at diagnosis (≥55 years; standardized mortality ratio [SMR], 3.68), status as a current or former smoker (SMR, 3.28 vs 7.43), and the presence of tonsil (SMR, 4.39) or base of tongue tumors (SMR, 3.10) or category T4 tumors (SMR, 5.43) correlated with a higher risk for death.

Previous research has demonstrated that patients with head and neck cancers who remain recurrence-free for 5 years following diagnosis have a very low risk of disease recurrence. However, less is known about the conditional long-term survival of this group of patients, represented by the 2-, 5- and 10-year overall survival (OS) probabilities for those without evidence of disease recurrence 5-years post-diagnosis. Furthermore, patient, disease-, and treatment-related factors associated with long-term survival in these patients are also not well understood.

Of the 1699 patients included in this analysis, all were newly diagnosed with squamous cell carcinoma OPC between 1980 and 2012, had no cancer event for the 5 years that followed   OPC diagnosis, and had been treated with RT without surgery at the University of Texas MD Anderson Cancer Center in Houston, Texas.

Baseline characteristics of this patient cohort included a median age of 60 years. Most of the participants were men (>80%) and 55.9% of patients in the cohort were classified as a current/former smoker. Over 90% of patients were diagnosed with cancer at the base of the tongue or disease that involved the tonsil, and approximately two-thirds of patients had N2/N3 disease. Intensity-modulated radiation therapy (IMRT) was administered to 63.4% of patients. No evidence of disease recurrence was reported for 95% of the cohort at baseline.

At a median follow-up time of 6.7 years following 5 years of recurrence-free survival, the unadjusted 2-, 5-, and 10-year conditional OS rates for the overall patient cohort were 94%, 83%, and 63%, respectively. Of note, these conditional OS rates were lower than the survival rates of the general population.

The standardized mortality ratios (SMRs) for all-cause death, representing the ratio of the observed number of deaths in the study cohort and the number of deaths that would be expected in the general population, controlled for study year, age, and sex, was 3.95 for the full-study population (P <.0001).

In their concluding remarks, the study investigators noted that “the overall 10-year conditional survival rate (15 years from diagnosis) was 63% among 1699 patients with OPC treated with radiation and cancer-free 5 years after diagnosis. Patients treated with IMRT and those with less tobacco exposure had better outcomes but still had poorer outcomes when compared with the general population.”

Disclosure: Several study authors declared affiliations with the pharmaceutical industry and/or the medical device industry. Please see the original reference for a full list of disclosures. 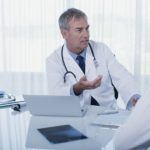